This posting is meant to show how almost every frame is crafted as part of the restoration process.  The initial first-pass uses an artificial intelligence based 'automatic' process using advanced software.  The frame below is the result of that initial first pass.  Looking closely you can see residual artifacts that need to be removed.  An artifact on the woman's face is an example. 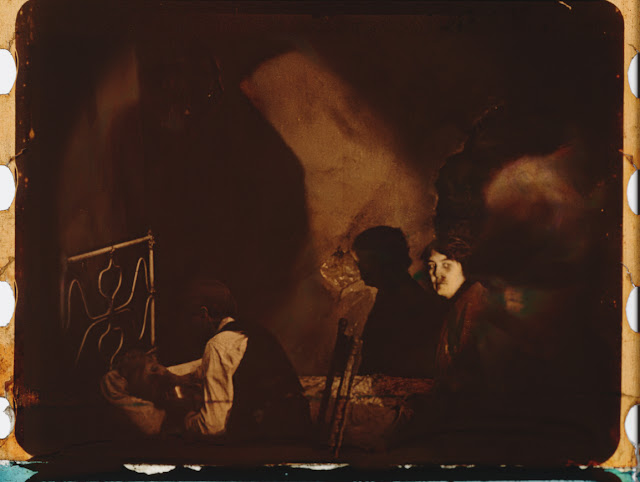 CLICK ON ANY IMAGE TO ENLARGE
The white outlined boxes in the frame below show areas of the frame that were restored using manual tools found in the studio version of DaVinci Resolve software.  There are various methods to repair defects in digitally scammed footage. 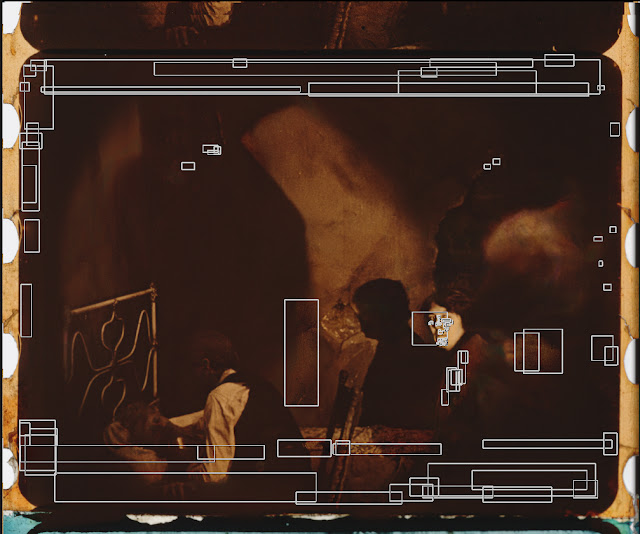 The resulting frame (below) is the final result.  At first it doesn't seem like much change, but one of my goals is to keep the viewer's attention on the character and scene and minimize distraction from momentary blemishes on this aging film. 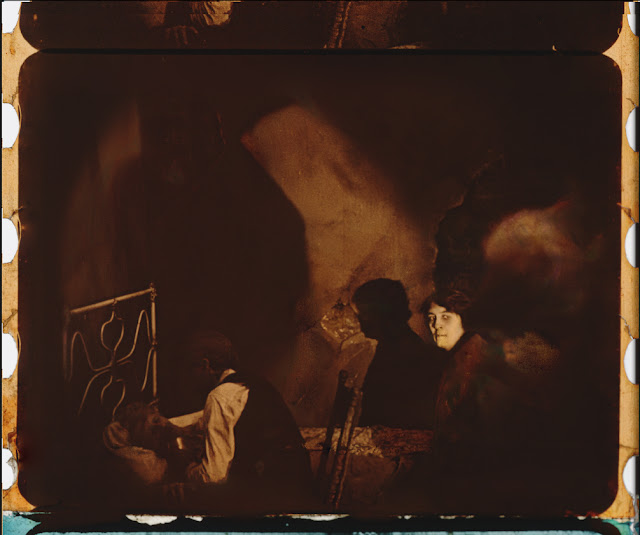