In some segments of 'The Trail to Yesterday', the nitrate film shows signs that the original tinting of the stock has faded. In the side-by-side images below, the left frame shows an example to the 'as-scanned' nitrate film stock suffering degradation of the tinted emulsion from the elements and time.

I had to decide how I was going to solve this issue.  The software I use for restoration utilizes artificial intelligence algorithms that attempt to tackle this sort of issue, but I haven't yet figured-out how to properly dial-in the settings that drive the algorithm in order to address degradation of the tinting.

So until the software can be optimized, I worked a parallel path and devised a simple manual method solve the problem.  When running the artificial intelligence algorithms to 'clean' the digitized footage, I set the program to process and output the images in black and white.  Separately, I created a color slide in an graphics/imaging design program to use as a template, where the color closely matched the tinting shade of the film.

The result can be seen in the right-side frame provided below.

This is a promising result.  The tinting looks natural and comparable to other scenes in the film that did not show the level of degraded color as shown here.

"Are we doing the right thing with color? Is it worth trying to reproduce it as faithfully as we can? ....As long as we keep in mind that all strategies [to restore/reproduce color] are bound to clash with that we are trying to imitate ancient color dye on a modern object [film/digital] and that object is not nitrate film.  We also know that a color dye looks different every time we apply it to different film stock.  Nitrate [film] stock has not been produced since 1951 and will never be manufactured again."

Definitions in brief on two methods of coloring film stock:

Tinting: In the early silent era years 'tinting' was accomplished by either applying a colored varnish on the film stock emulsion, or immersing the film stock in in a solution containing the coloring agent.  Toward the end of the silent era, pre-tinted film stock became available by manufacturers such as Kodak (e.g. Sonochrome Film)

Toning: Toning was achieved through a process where a compound was substituted for the silver of the emulsion.  Methods included replacing silver with an insoluble silver salt capable of fixing organic coloring compounds, or replacing silver salts with a colored metallic compound. 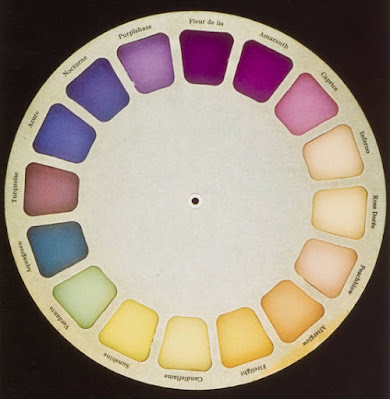